MEOWexandar Hamilton! I wore this costume four days in a row in January of 2017 in New York City. The first was only for an evening, to see Cats!
(4th row orchestra, center, isle, Tugger seats, no big deal. 😻) 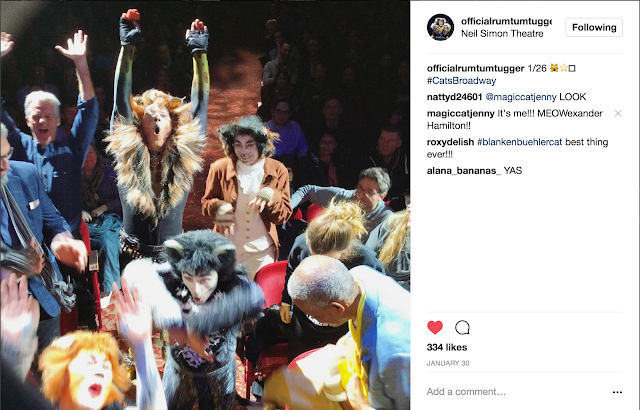 The three days after that were all to the musical fan convention, BroadwayCon.

(Currently I'm feeling odd talking about BroadwayCon since they recently used a portion of my cosplay video in their promotional posts without crediting me. They've apologized but have yet to publicly acknowledge the mistake or credit my video. I love BroadwayCon, but I have to mention this large misstep from them.)

ANYWAY, before this four-day-in-a-row endeavor, I tested the makeup out live on my Twitch channel. You can see the time laps video of that here. So, I have, in total, done this makeup 5 times. Each time changing things here and there. 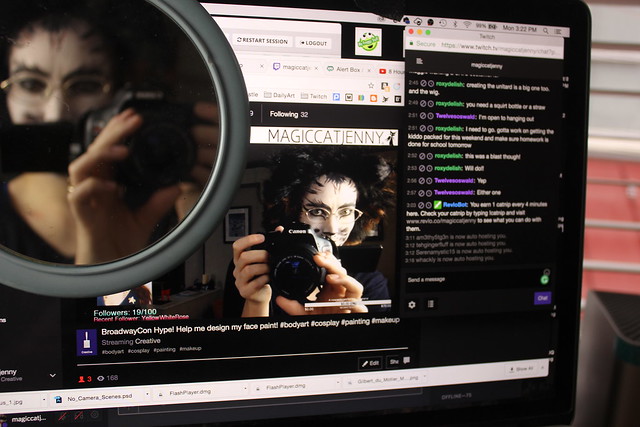 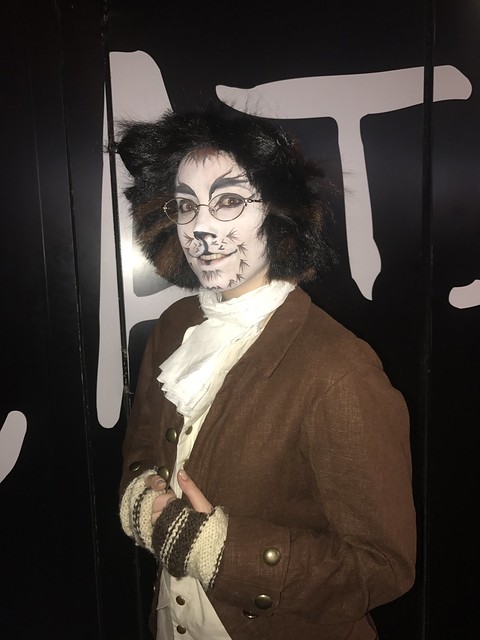 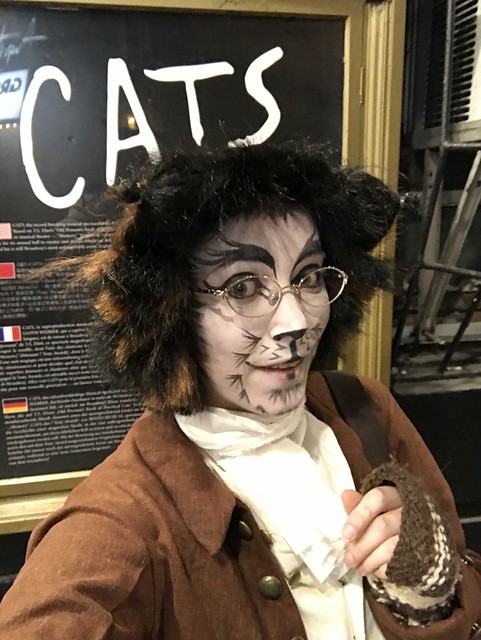 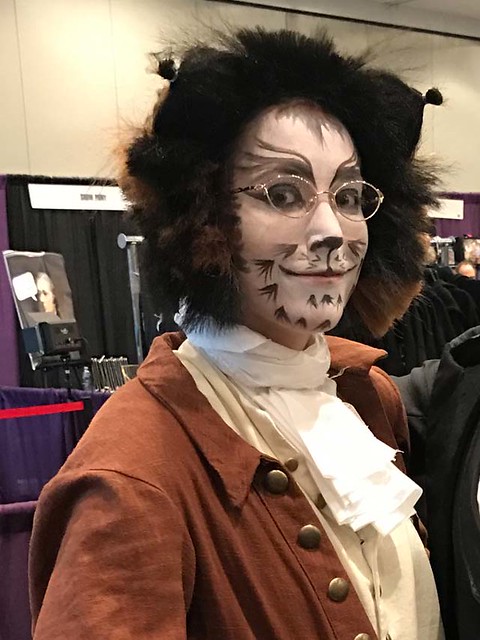 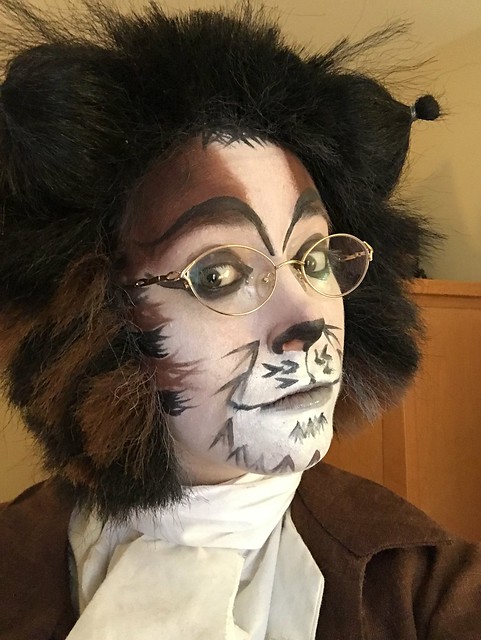 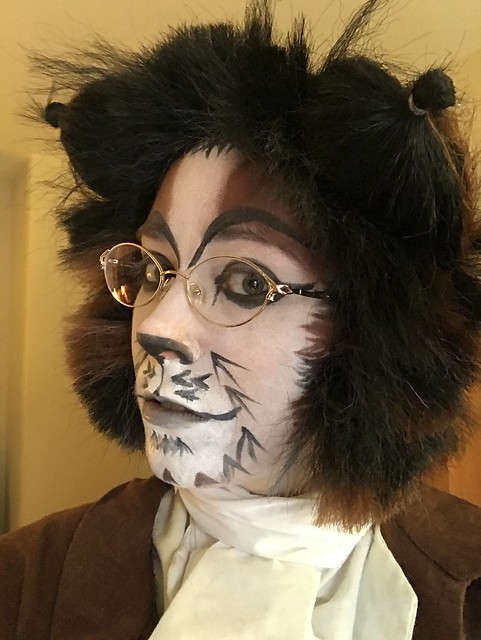 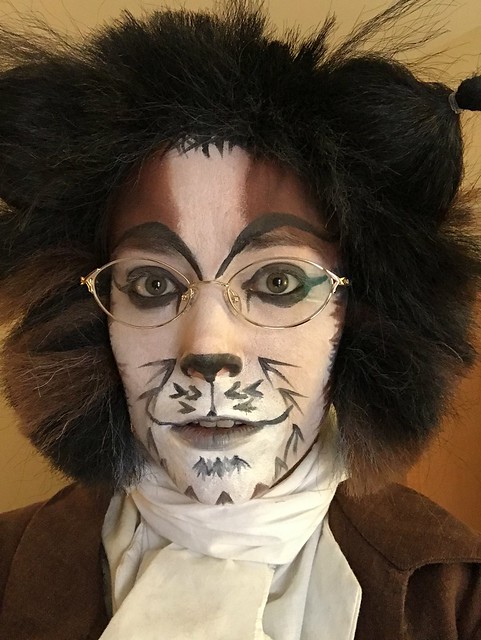 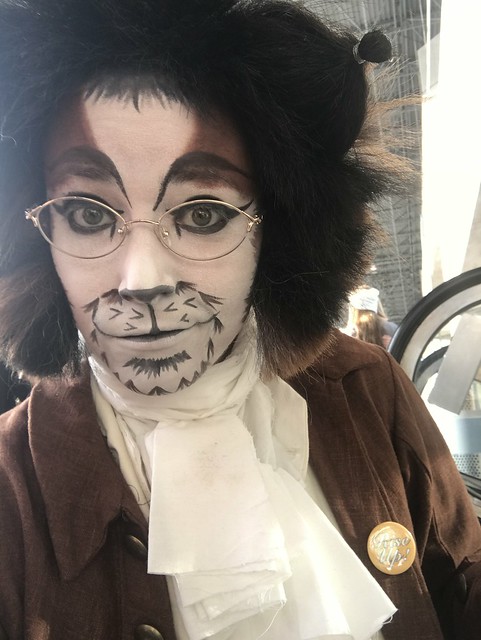 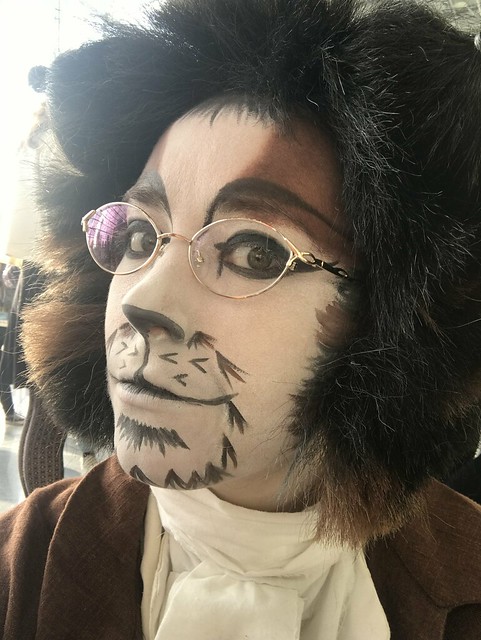 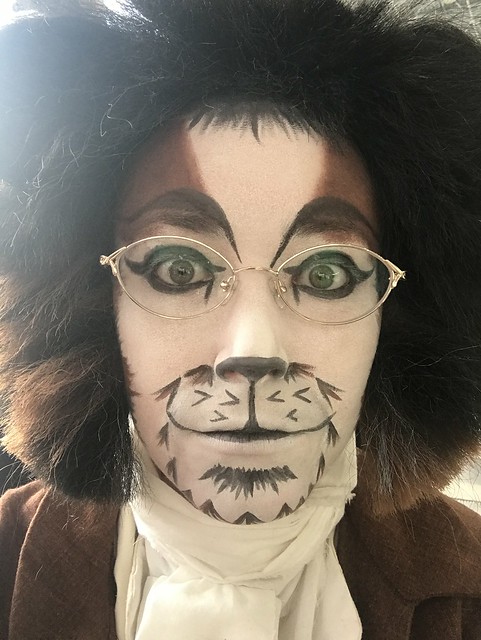