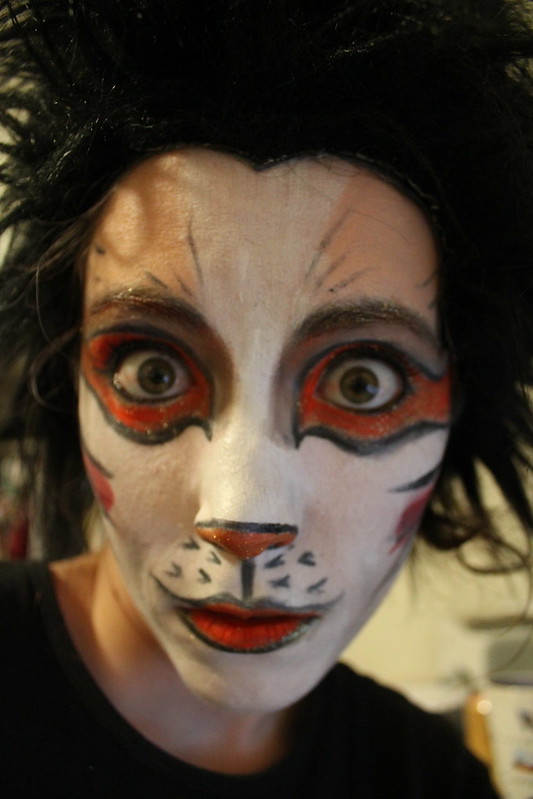 Back in February of 2012, one of the new live streaming websites was called Vokle. I don't think it's around anymore but I did try it out once...while doing CATS makeup of course. I did not feel like replicating any of the characters so I just sort of put the makeup on without really thinking and a character emerged. Freestyle. These photos are among those I thought were lost forever but were recently recovered from and old hard drive. Enjoy! 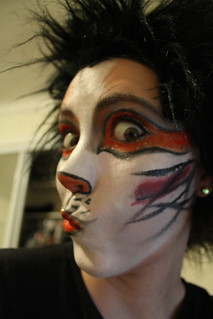 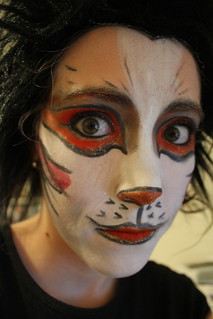 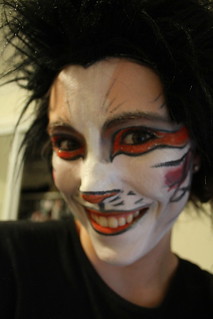 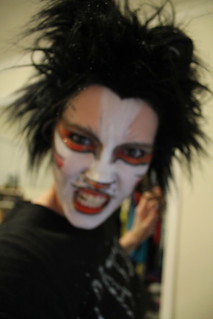 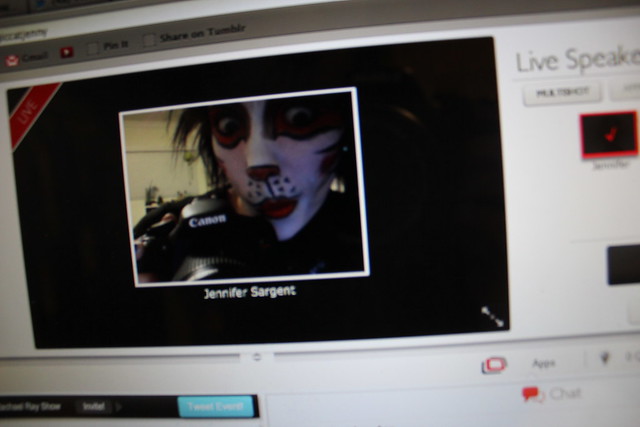