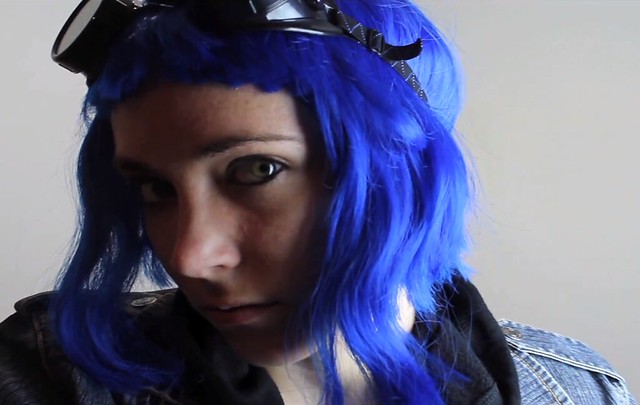 Halloween 2012 I went as Romona Flowers from the comic book turned movie, Scott Pilgrim. I love her character and complying the costume from found items was pretty easy. The purse and goggles were a quick find on Amazon (I wrote eBay in the video for some reason) and the rest took less than a day to acquire (of find in my closet). The thing that took the most time was altering the wig (super cheap from a Halloween store.) It was a simple last minute costume that anyone can make themselves! 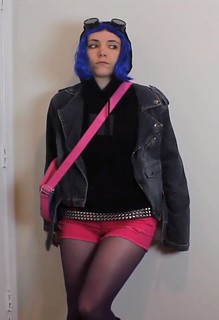 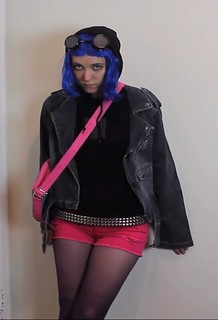 Jim dressed up as Carl Sagon, so we were a funny couple. Halloween night we went to Jim's families  house to hang out with his sisters and his cousin. I tried on his cousin's super tall heels, they matched my hair! 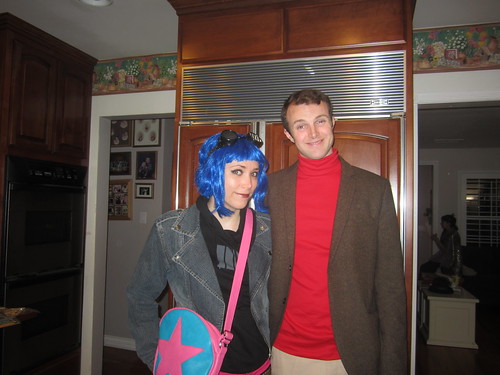 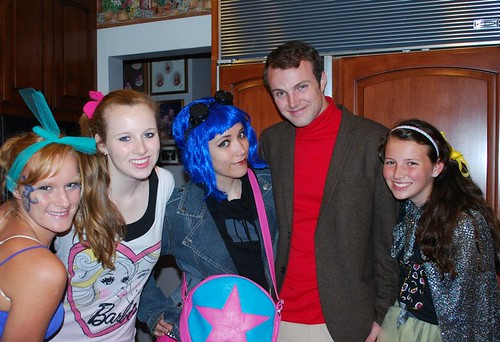 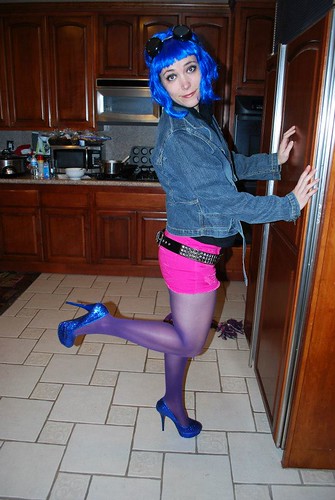 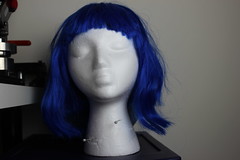 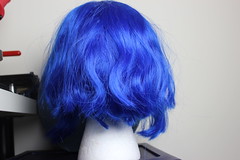 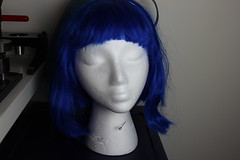 I also shot a short video documenting the wig altering and costume prep. Check it out below!