on February 12, 2014
Hello everyone! My name is Mia, and I blog over at xo Mia about style, cosplay, and living the geek life. When Jenny asked me to guest post while she is out of town, I was so excited! Today I'm going to talk about something near and dear to my heart - cosplay! 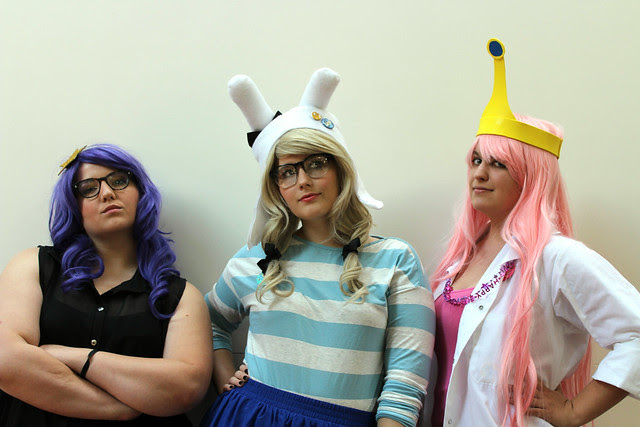 When I tell people that I cosplay, I'm met with many different reactions ranging from excitement to disgust. I think a lot of people just have the wrong idea of what cosplay actually is! Today I'm busting the cosplay myths I hear the most.

1. Cosplayers have to make every piece of their costume.
Although many who cosplay are focused on crafting their entire costume, it is definitely not a requirement! Even the best cosplayers will order or commission pieces that are outside their skill level. Someone may be excellent at sewing, for example, but rubbish at prop making, and choose to purchase from an experienced prop expert.

Moreover, it's not a bad thing to purchase items for your costume! My personal rule is if it's cheaper AND easier to buy (or modify) a piece, and it's still accurate, I'll buy it instead of making it from scratch. Some costumes lend themselves to purchasing rather than making, anyway.

2. Cosplayers want to be their character, so that's why they dress up.
It's true that some cosplayers connect with the character they dress as, but it's not a one-size-fits-all scenario! For many of the costumes I make, I simply love the character's design or personality, but it has nothing to do with an underlying need to be someone else (as some mainstream media wrongly suggests).

3. Female cosplayers are just trying to attract male attention.
For some reason, there exists this underlying idea that ladies in costume at a nerd convention are dressed up only to win male attention. I think this myth comes from the practice of hiring models to work at booths, especially at gaming conventions. These "booth babes" may know nothing about the product they are promoting, and may even wear a costume, but this by no means implies that every female in costume is totally unfamiliar with their character. I guarantee that if I am spending  hours and hours on making a costume, I am definitely doing it because I want to - not for some guys I don't even know!

As an addendum, I have seen some geeks be rude to booth models who aren't familiar with their product. It's important to recognize too these ladies are earning a living and their job doesn't require full knowledge of their product. There's no reason to act snooty towards them! 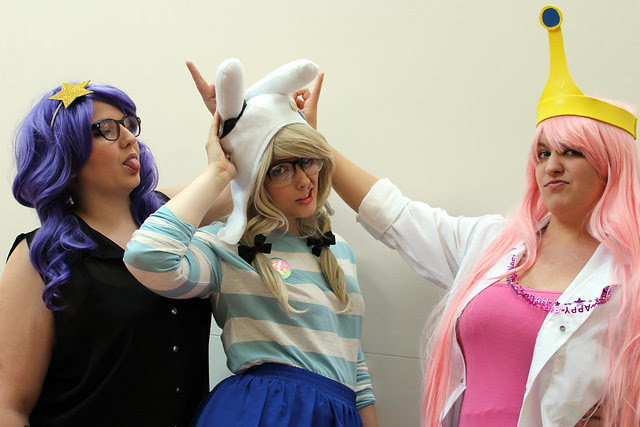 4. Cosplay is expensive! People who cosplay are irresponsible with money.
Cosplay doesn't have to cost an arm and a leg! I budget for every costume that I make to spread out the cost over several months. The cost of a costume really varies from person to person and from character to character - a more complicated costume may cost thousands, but something simple may be well under $100.

Everyone has their own hobbies they spend money on - some people might go out often, some people may add to their DVD collection, and others might buy cosplay supplies. No hobby is more inherently "irresponsible!"

5. Cosplayers must look exactly like the character they cosplay as.
I hear this most from people who do not cosplay - either judgmental jerks or those who want to get into cosplay, but don't feel like they can for one reason or another. The truth is, you don't have to look anything like your character to cosplay as them! Race, body type, height, weight... nothing is a barrier to dressing as a character you love. If you are still uncertain, blogs like Cosplaying While Black or Eff Yeah Plus-Size Cosplay show that anyone can cosplay any character. 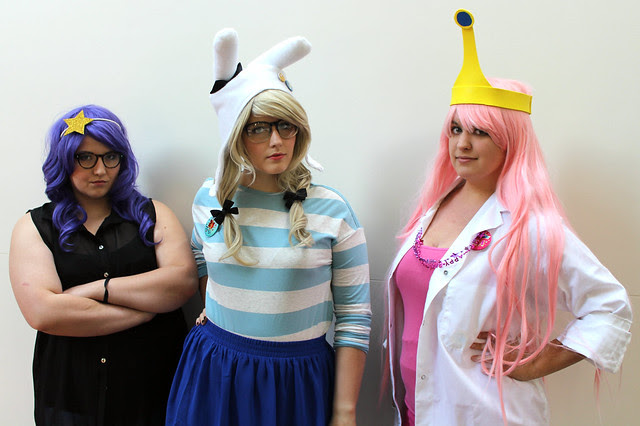 The most important thing about cosplay is having fun - whatever that means to you. For some people, this means entering competitions and focusing on craftsmanship. For others, it translates to photoshoots with friends or just hanging out at the convention in costume. Whatever floats your boat!

(And remember - if you're nervous about what others will say, everyone in costume looks equally silly to those outside of the hobby. Elitism simply has no point!)


_____
Thank you, Mia, for busting these cosplay myths! When I was starting out I used to think you had to make every part of your costume yourself. I felt bad when I bought parts, but now I know that's totally fine! (Also, you make a great Fiona, I'll have to post pics soon from when I cosplayed her.) What do you guys think, have your ideas about cosplay changed? Think you want to give it a shot for fun? Let me know in the comments who you've dressed up as before! Don't forget to check out Mia's blog over at xo Mia!