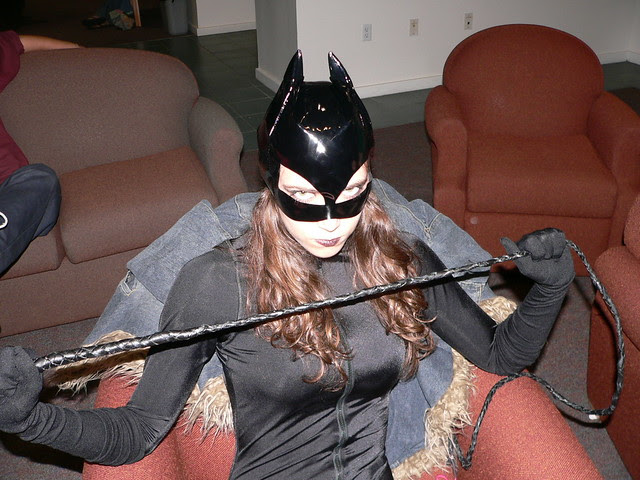 My simple but effective Catwoman costume was a last minute decision of mine. It was Halloween 2006 and Jim was going to play a special concert. He had written six songs from the point of view of different Batman villains and got a band together to play them in one of the college dorms.  They called themselves 'The Long Halloween' after a Batman comic and dressed up as different Batman villains. Since it was Halloween night, I had to join in on the Batman villain fun. Catwoman was the obvious choice. It was quite an evening. 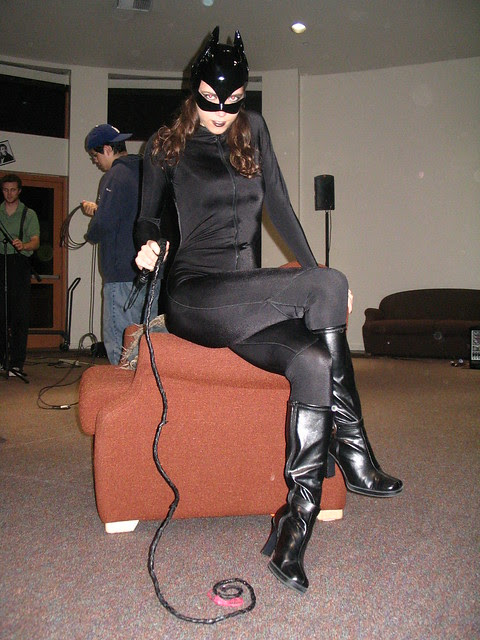 I am the queen of red-eye in flash photos. I do look rather confident in this photo, however. Meow! 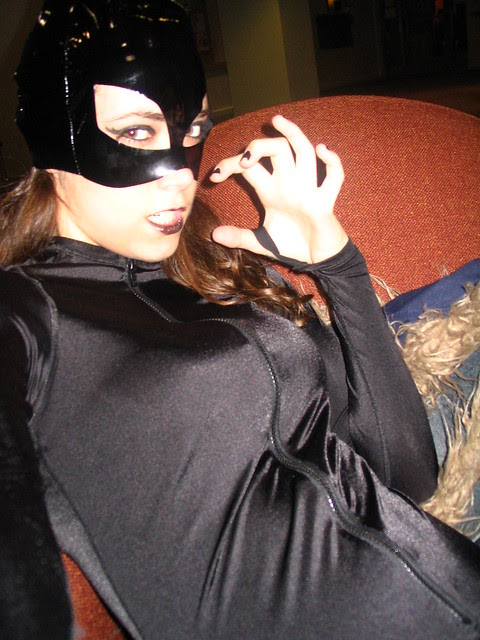 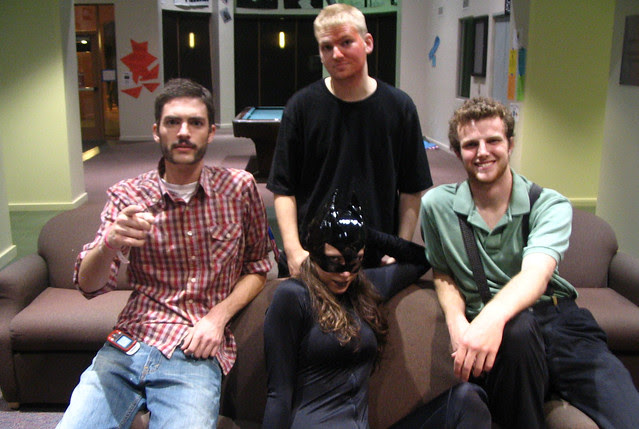 Me and the band 'The Long Halloween' post-concert and post-most-of-their-costumes. Tony (Scarecrow), Kevin (Two-Face), and Jim (Question Mark). 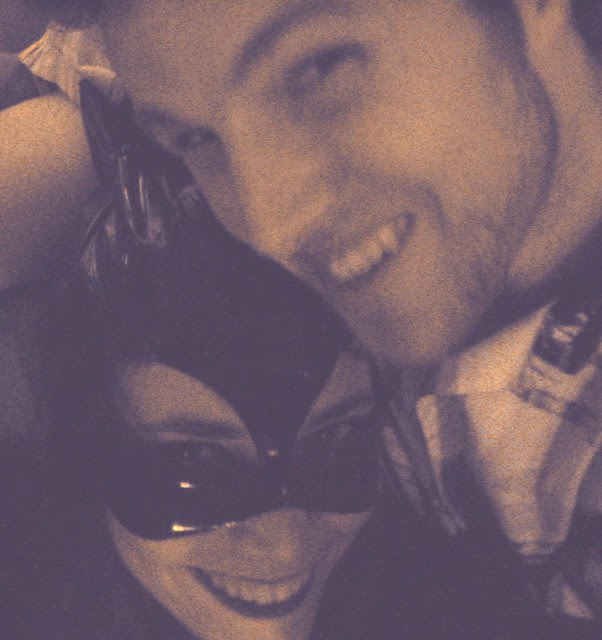 Amber said…
Awesome Cat Women Costume, it looks like you had a lot of fun :)