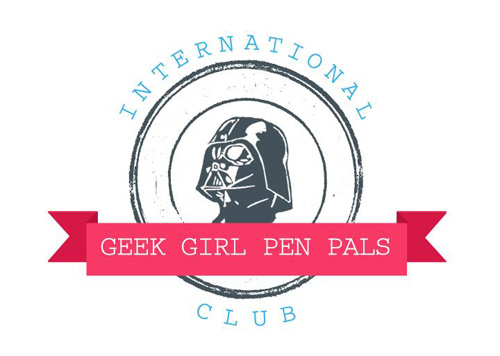 I have always loved all things literary and enjoyed the art of snail mail. Ever since I can remember I've had one pen pal or another.  They never lasted too long but they were fun. Over a year ago I started a project called 100 Letters.  So far it's been successful but it is still long from completion.

When I first heard about International Geek Girl Pen Pals I was a little hesitant, seeing as I'm already sending so much snail mail. The more I read about it, however, the more intrigued I became. This was not just a pen pal service, this was made for and by geeky women. So I signed up!  It was hard to pick 4 geeky things to represent myself. I could go the easy rout and just pick the popular ones but I ended up putting down the first things that came to mind.

I have no idea if there will be any other Cats fans or Labyrinth fans out there, we shall see! I'll be happy with whoever I get and I can't wait to send out my first letter.

Are any of you a part of International Geek Girl Pen Pals? Round one and two are full but they have announced a round 3.  Make sure to follow their Tumblr to find out when you can sign up!

EDIT
My Intensedebate comment system started glitching a lot so I had to remove it. I did not want to lose the comments this post had but it had to happen.  I loved what people had to say so I screencaped it before I deleted Intensedebate.  (If your comment is one of the screencaped ones, consider commenting again, it'd make my day!) 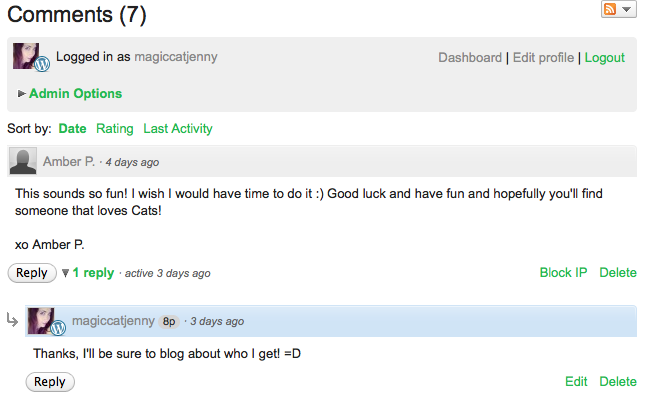 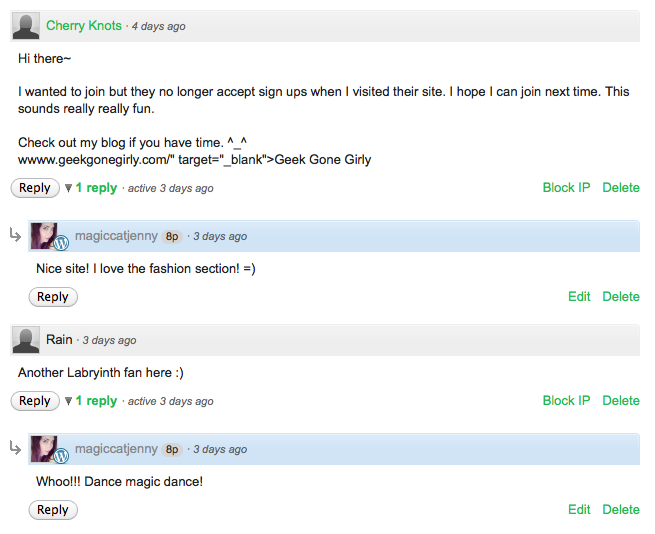