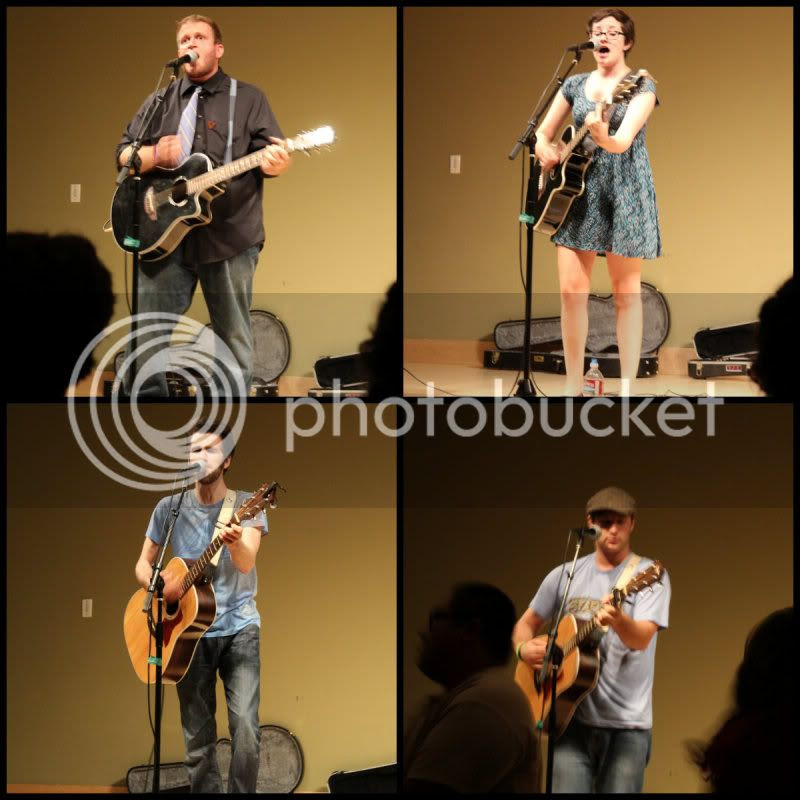 Recently I attended a 'wrock' show held in the auditorium of a library.  Now, I've always had mixed feeling about wizard rock from the beginning.  I was introduced to 'Harry and the Potters' via CD by my friend Franz.  I thought they were funny and entertaining but that was pretty much it, I never looked further into it.  I should probably explain that I was 11 when the first Harry Potter book came out, and although I loved it, I was not a die-hard fan.

I've gotten into the fandom a bit more in recent years thanks to finding some pretty interesting wizard rock bands through YouTube.  Now, music for me is first and for-most about the music.  Humorous music has it's place (I love Flight of the Concords!)  Although you'd think a wrock band would be for the laughs, some of the wrock bands I found tended to blur that line and some even completely creating serious Harry Potter music.  I'm not one to judge what someone wants to write music about, but that also means I won't love any band that makes fan-rock (pander-rock) simply because omgirememberthatpartofthebook!  That being said, I do enjoy the nerdy-ness of it all, and when done right, wrock can be some good music on it's own.

Despite my mixed feelings on the genera, it's all for the love a book series and even if I'm not completely apart of the fandom like the die-hards are, I can still enjoy the music every so often.  I mean come on, I get to put on a tie with my house colors and attend a show where I get to act like I'm a kid again (I'm the age of the musicians, not the age of the majority of wrock fans), and get to sing along to songs about Hogwarts.  In total, I've attended three (mostly) wizard rock shows.  Not much, but they sure were experiences.