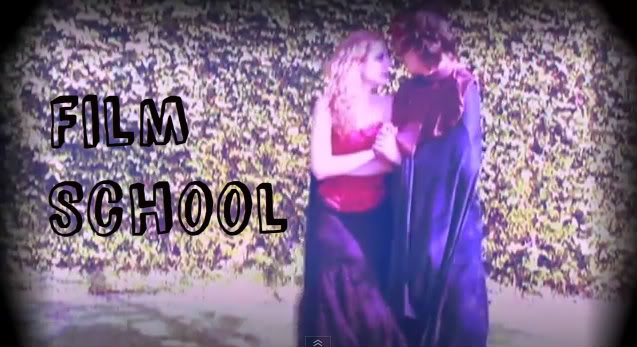 Ever since I can remember I was making movies.  If a school project allowed the use of video, I was in heaven.  However, I think it was watching the behind the scenes of the first Lord of the Rings movie that convinced me I should study film in college.  I loved seeing how they did things.

My film school story is a successful one.  I graduated and even did well.  I am now working in the online video industry (YouTube related) and I am content with the way things have gone.  It's been four years since I graduated and when I reflect back on college, there are things that stand out more than others about the experience.

The classes themselves, though important, are not what I remember.  I remember the assignments and completing short films with my friends.  Some of those cheaply made 'homework projects' were more fun than my senior thesis which was, for the most part, stressful and expensive.

I also remember working for our college 'tv station' editing together the student run programs.  Some people may have laughed at the poor quality but I was proud of what we were doing.  We were making things, creating things on our own.  My last year I co-created my own show that I am more proud of than some of the things I did in classes.

Not to say that the classes were not valuable, but I feel that I learned the most by doing.  When I had a camera and an objective and was left to my own devices, I created my best work.  There were a few projects I worked on that could have been better had I been given complete control without having to worry about the equipment and formality of things.

Even our own little film club was not taken seriously by half of our peers.  It didn't even matter though, we were doing things.  Creating images, stories, feelings.  I may not be Peter Jackson, but I still create on my own for little to no money.  I do it because I want to, the same way that in film school my favorite things were the things I wanted to do and had to do or I'd go crazy.

The following is a sort of film reel/short film I edited together last December for my new YouTube channel.  The footage is mostly clips my short films and projects I made in film school with some newer and older bits thrown in there.