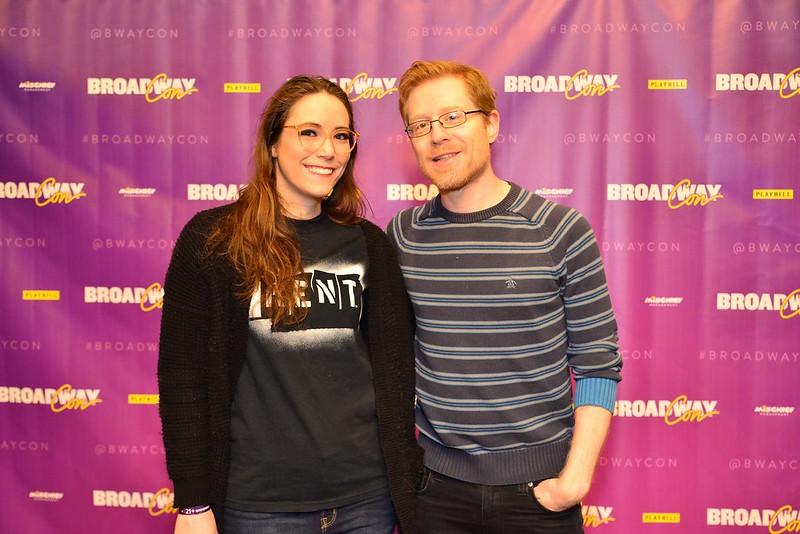 Day two of BroadwayCon started off amazingly. I got to meet actor Anthony Rapp, the origional 'Mark' in RENT. Mark is one of my dream roles (If there ever were a gender-bent production of RENT, heck, I'd even crossdress to play the roll.) I've loved the musical since I was in high school and it really was such a great experience meeting Anthony. He asked me where I was from and I told him California. "So this snow thing is new for you!" he said. That day there was a blizzard that closed the roads and subways(!!)


After meeting Anthony Rapp we ran back upstairs and changed into our cosplay for the day. Dianna was chack drawing Mary Poppins and Eibhlin was spoon full of sugar Mary Poppins. I, of course, was in my new Jemima costume I had finished just days before. 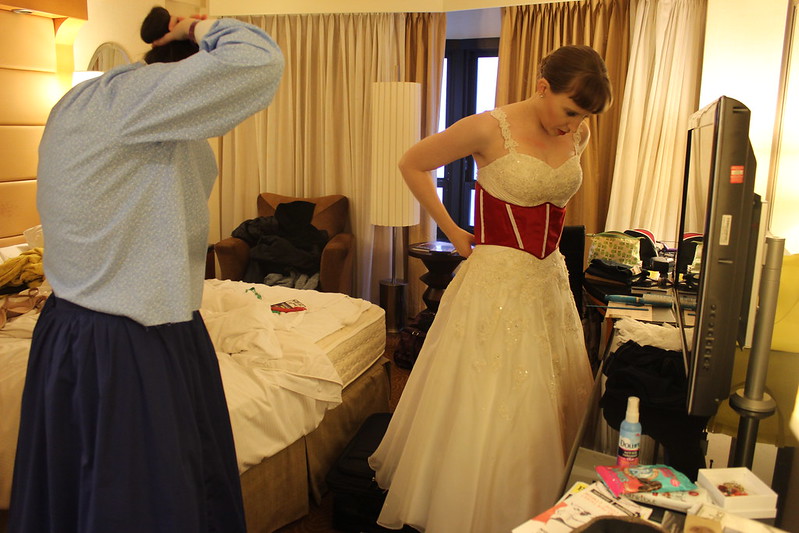 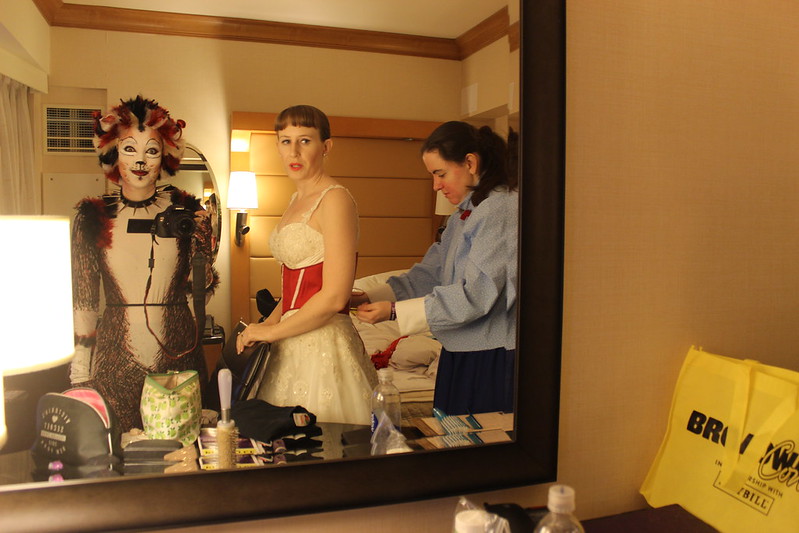 My costume was a hit! I was expecting a lot of hate since I was in a hotel full of theater snobs fans, but there was so much respect! People would say things like, "I'm actually not a fan of Cats but your costume is amazing, can I get a photo?" It was a relief and people were just so nice! I had so much fun getting into character and just letting my freak flag fly. Check out these photos I posted Instagram! 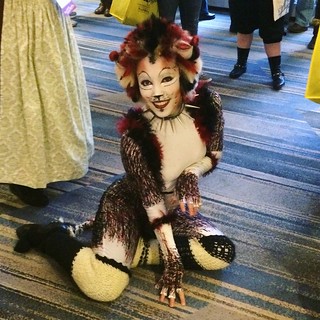 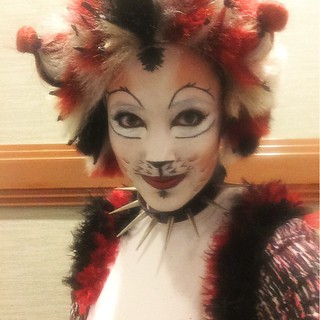 Here's a cute group shot of me and the Marys. (Poppinsies?) #squadgoals am I right? *cough cough* 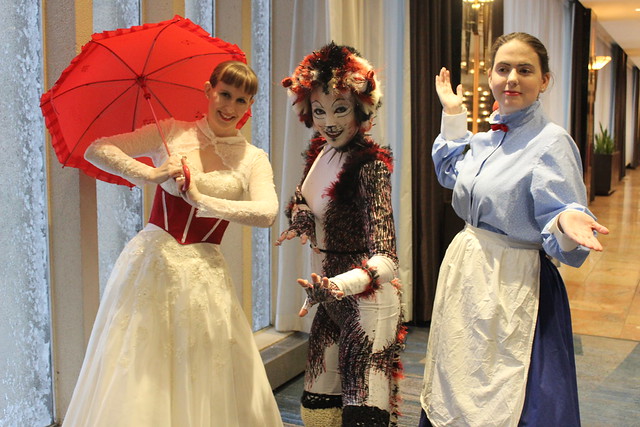 On to more cosplay pics! There were so many great cosplayers at BroadwayCon, it was a dream. Of course I gravitated instantly to these Phantoms. ALW fans in the house! (okay I need to stop, lol) Snapchat photo attached since whoever took the photo could not focus... *grumble* Note to self: next year, bring a point and shoot for whenever I'm in the photo, ha!

Here's some adorable Phantom and Christine cosplayers. This was around the age I was when Andrew Lloyd Webber came into my life. They're just, so cute and perfect! (Like, can these be my future kids please?) 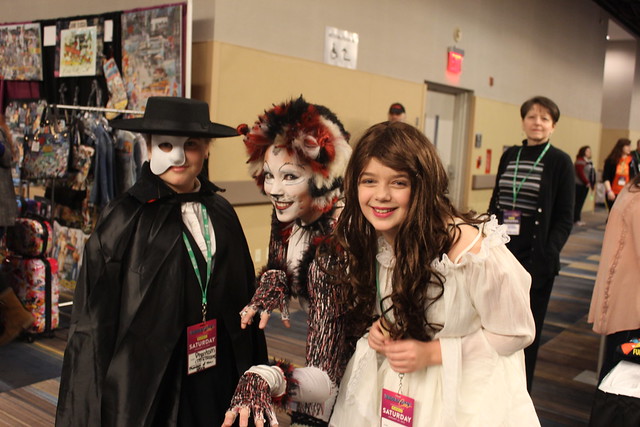 Speaking of ALW, I found another Jellicle! I did not get her name or contact info but I gave her my card. Demeter cosplayer, if you are reading this, comment! You made my day! 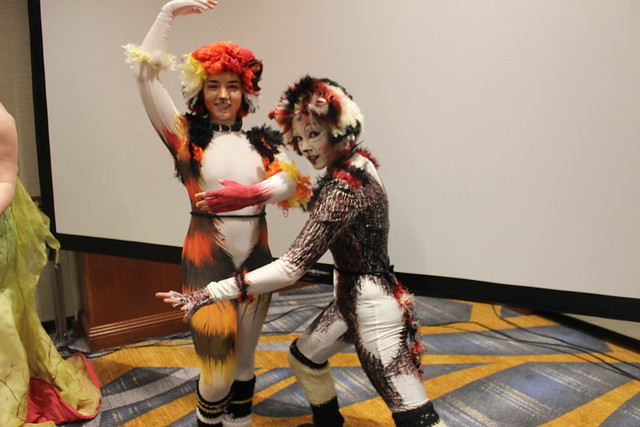 Ohhhhh man, Hamilton cosplay alert! I loved all of the Hamilton cosplayers I saw, but I only managed to get a photo with one of them...King George. This person rocked it, it was seriously in my top 5 favorite cosplays of the whole weekend. They got to meet Jonathan Groff...in costume! Epic. 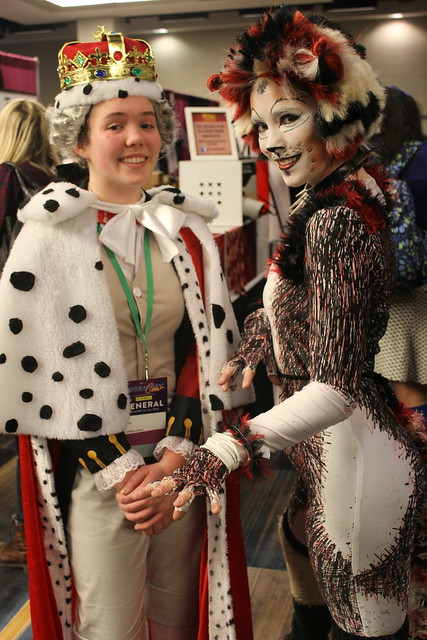 Elphaba! This girl was awesome, I'm pretty sure I saw her Friday as Hamilton and Sunday as Mimi as well. 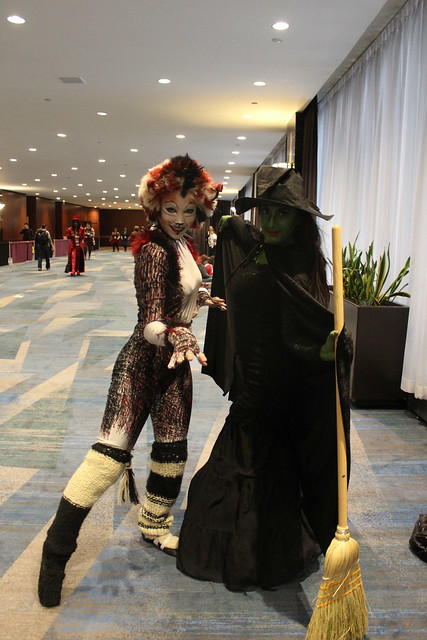 It's Tracy Turnblad! Fun fact, Hairspray was the first show I ever saw on Broadway. (with Harvey Fierstein and Matthew Morrison no less!) 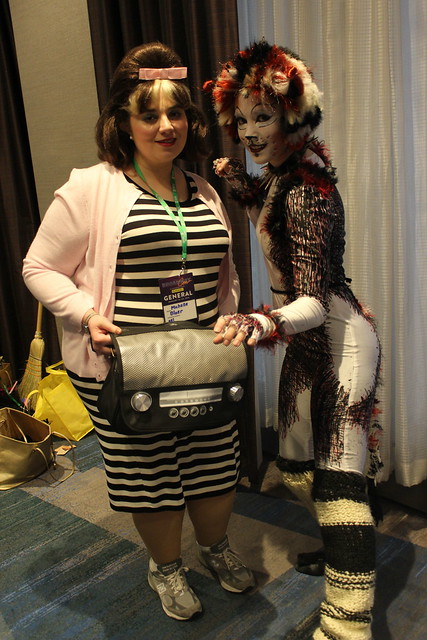 I've never seen Side Show but after seeing this cosplay, I'm real curious! 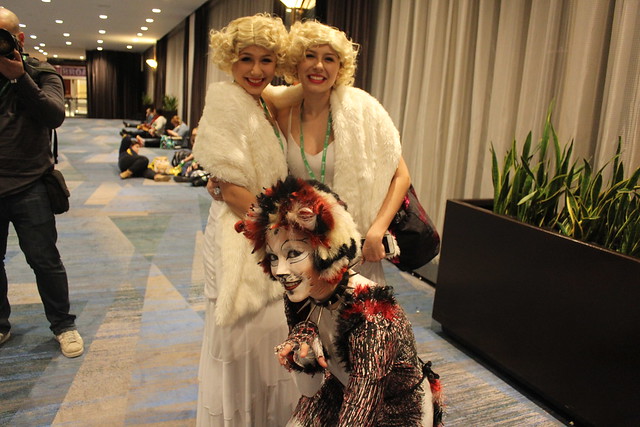 The only panels I went to that day were the Cosplay panel and the Costume Design panel (It was a costume focused day, alright.) I also visited the 'BroadwayCon museum' which had on display costumes and set designs models. The guy sitting in the center at both the panels is David Alpert. He wrote and directed the BroadwayCon Opening number, which as so awesome...and he like my costume. ;D 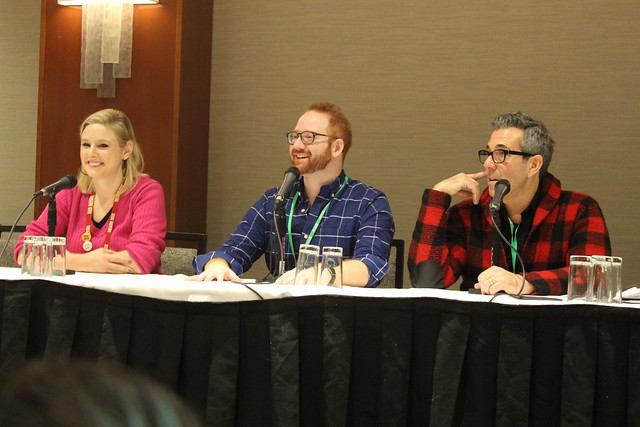 The guy on the left is Ben Cameron, he hosted some main stage stuff as well and was just so fun. (#BenLooksRealCute was a thing.) Fun fact, he was in the original cast of Wicked and on the album he even has a line: "Glinda, is it true you were her friend?" 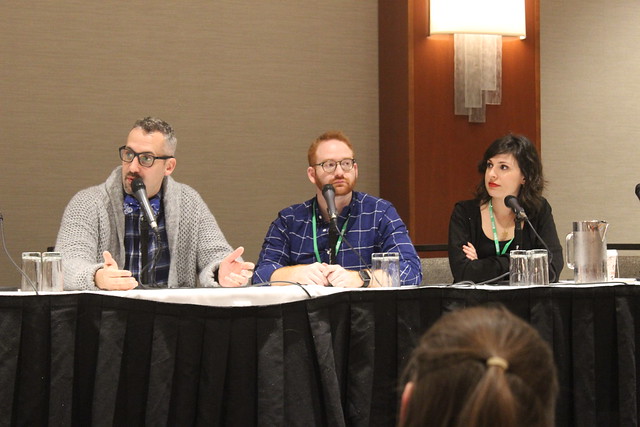 Stick around for more posts and photos from all the days of BroadwayCon, and if you were at the con, let me know your favorite parts!