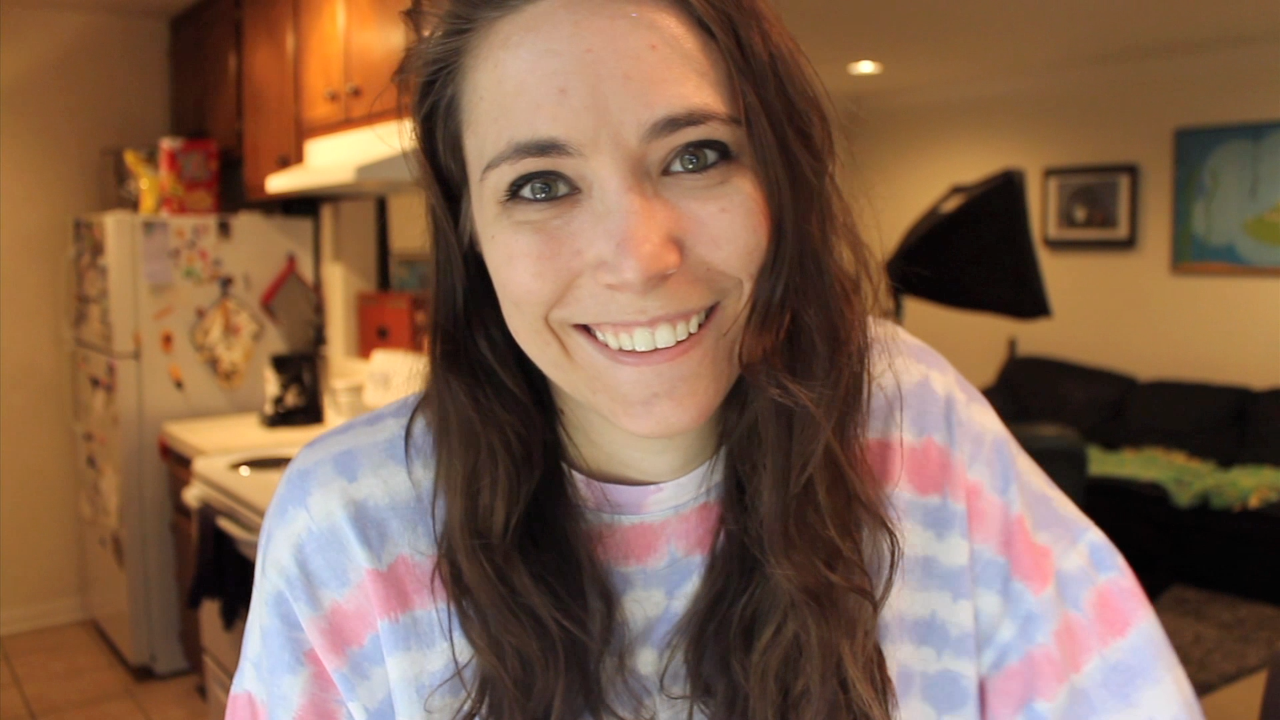 Awe, look at my face, that was almost the thumbnail of my latest video. The video was a bit spur-of-the-moment and not what I was planning to upload today, but last wednesday I took some footage at a party thrown by co-worker and felt this video needed to be made. I don't talk about my job too much on my YouTube channel, which is I guess odd since my job is so closely tied to YouTube. However, it's for that very reason that I don't. I don't want to be known as the 'vlogger who works at Maker' I want to be known as 'a creative interesting person' on her own. I could easily exploit the Maker fans and and make my job the selling point for my viewers but I don't want to do that.

I've also been weary of people (YouTubers) that only seem to give me the time of day once I tell them my occupation. ('Oh her channel's not much, only 1k subscribers, but she works at Maker so she's one of us.') Sure, that may not be the case at all and I could just be letting my anxiety get the best of me, but I didn't work at Maker I wonder who would still answer my emails. (Hopefully all! I want to be wrong about this!)

That's one reason why having work friends is nice, they care about where you work because they work there too. Last Wednesday was my friend Rawn's last day of work at Maker, so he threw a party. I'm gonna miss seeing him around the office but I know he'll be fine wherever life takes him. So here's a video from last week, in which I talk about work for a bit, but mostly urge you to go watch the awesome music video he let me be in...back in the good ol' days.