Do You Wanna Collab? | The Struggle of a Shy YouTuber 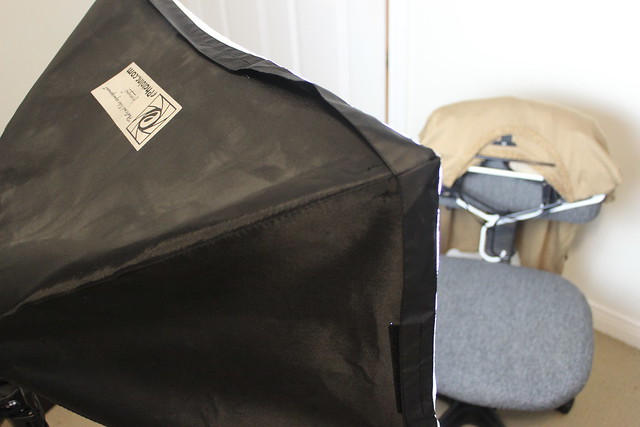 This is a topic I've been dealing with for the last three years; 'collabs' or collaborations between YouTubers.  I've always loved collab videos, the idea that you can get together with another creative person and make something together, regardless if you live in the same city or not. One of my early collabs was fantasy storytelling with someone on the other side of the country. [Don't Forget the Forest] I just love it when others share my passion and we get to do what we love together. (Like cosplaying with a group, or co-writing a fan fiction.) In fact I have an entire series on my channel where I just bring on a friend and we have an unscripted chat...because it's fun.

My current YouTube channel was started shortly after I got my job at Maker Studios. That's when I learned about 'cross-promotion.' The idea of cross-promotion or cross-pollination is promoting each other by collaborating. Makes sense, of course you're going to plug each others' channels, it's the nice thing to do; introducing your audience to them and theirs to yours. For me that was always the icing on the cake, but never the main reason for doing a collab. I just wanted to work with other creative people like I remember doing in film school. However, the longer I worked in the industry of online video, the more and more I saw that sometimes the promotion came before the creative. In business you make those choices. YouTuber X has the same interests as YouTuber Y, they have a similar subscriber number, they should collab.

Shouldn't the idea come first? I was learning that that was not always the case.

So here's my story, I have a teeny tiny channel but I'm working alongside some big names in the YouTube world, the temptation is always there. Just ask them to collab, you'll regret it if you don't! I'm a very shy person, so honestly asking a new friend out to lunch is hard enough...but asking a popular YouTuber to collab with me...even though we've worked alongside each other for months...It's just too much.  Hey, wanna collab? I respect you as a creator but I'm really asking so that your viewers will check out my channel. I knew that no mater what I really said that's what they would hear. So sleazy. So yes, I may have missed a lot of opportunities due to my paranoid shyness and self doubt, but at least I didn't feel like a complete jerk.

But what about my YouTube-y friends who are ready and willing to collab even though we've never hung out in setting that did not revolve slightly around the industry and YouTube? What of them? Is collaborating with that crowd desperate or completely normal? Is it the obvious next step or a path to fakeness. I'm not sure I have it figured out.

It's hard making friends with other YouTubers (especially ones with higher audience numbers than you) without feeling a little like a jerk when you ask to collaborate. (Even if you really do want to create something awesome together.) Awesome like tag video?!? That's just lazy cross-promotion and nothing more. Is it though? What if we just like making videos and want to do it together because that's what friends (even new friends) do? Am I just making excuses?

In the next few months I plan on doing a few collabs with people I've hung out with less times than fingers on one hand. I'd be lying if I said cross-promotion was not slightly on my mind. However, I only want to do collabs with people I like, people I enjoy hanging out with the few times we have, people who's videos are videos I love watching and want to be apart of. Am I a heartless business drone, or just an honest lover of online video and want to share my passion for creation?

Tomorrow I'm uploading a video featuring me and three other YouTubers, the context is not YouTube or industry related at all but of course I'm putting their names in the video title. I'm curious of what people will think of that, what those three women will think of that. I like hanging out with them and this is the first time I decided to vlog at the same time since the subject material was relevant to videos on my channel.

I was inspired to write this post after watching FranJustFran's video that touched on collaborations, I'll be honest with you, I saw the title of her video in my subscription feed and was afraid to watch it at first. I thought the video would make me feel guilty. It actually just made me feel different from Fran. She feels most comfortable talking to her camera alone in her bedroom whereas I feel creatively charged when I work with others. (The opposite of my social life I might add, being mostly an introvert.) Neither is better or worse than the other. Just different.