Get the Long Beach Funky Quaffles to the Quidditch World Cup! 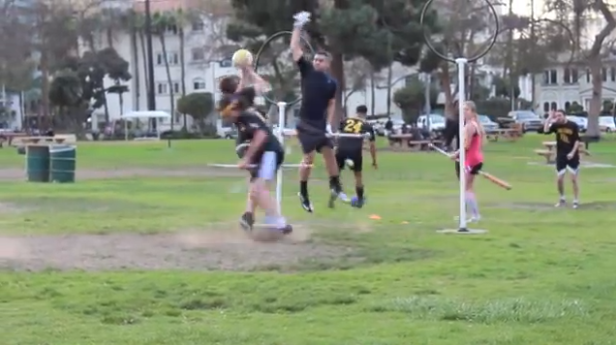 My wonderful (and talented) friend Hannah is on a Quidditch team, The Long Beach Funky Quaffles, and they have qualified for the Quiddich World Cup this year! (Yes muggles people actually play a version of Quidditch from the Harry Potter series. Yes they hold a World Cup every year. Still with me? Good.) It's not being held in California this year so they need a travel fund, that's where you (maybe) come in.

If you've never heard of Indigogo it's a website that lets people who need funding for projects try and get just that! There are different 'perks' depending on how much you decide to donate. (I personally chose the "Something for Everyone" $12 level so I can get Hannah's new album, so excited!)

It would be so great if you helped out the team and got some awesome Harry Potter stuff at the same time! (There's also music, a Funky Quaffles "Fairweather Friend", and even a Nimbus 2000!!!) Just click HERE to go to the donation page. Thanks everyone!

So cool! I think I need to find a team to play with...or start one!
Exercise, and Harry Potter? I'm all about that!