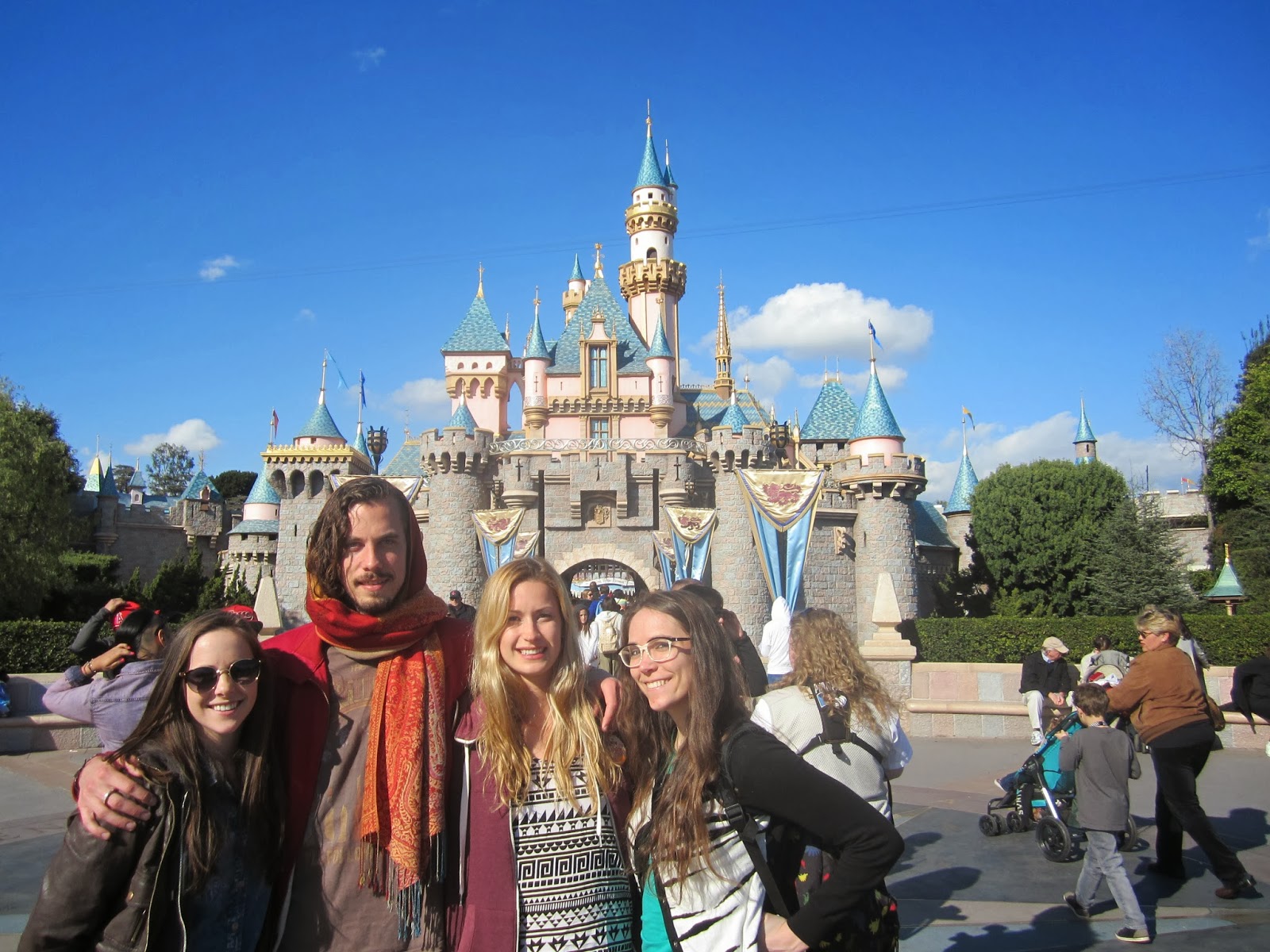 January of 2013 I wrote down 13 goals. I treated it as a LA bucket list in case I was planning to move the next year. (No plans to do so yet.) So it's time to review that big post and see what I accomplished, revised, and just plan forgot about over the last 12 months.

1. Take a boat ride with Jim.
This was a Christmas 2012 present promise so I had no doubt it would come true. I did not, however, account for the fact I could change my mind. We were all set to go one weekend and we didn't. For one, it was overcast and I did not want the chance of rain. Also, it was going to be more expensive than I had imagined. What we ended up doing was going to the Griffith Observatory instead (see #6) and save our money for Japan instead. (see #13)

2. See Rocky Horror Picture Show at the Nuart, dressed up.
Did this twice! It was weird, but a blast!

3. Eat at 10 new restaurants in LA. - I decided to include bars if I got food there ;)
OK, so I know I ate at 10 (probably more) new places last year, but after number 8 I stopped recording them...so I say this one is completed.

1. Sake House By Hikari  B (good sushi, but nothing special)
2. Jackson Market and Deli  A+ (amazing sandwiches! It's also a way cool convenience store)
3. Susan Feniger's STREET  A- (loved it, but way expensive)
4. E K Valley  C (not bad but not great)
5. The Edison  A+ (such atmosphere! Only had fries for food but the cocktails were great)
6. Tusquellas Fish & Oyster Bar B (decent fish tacos)
7. Victor Jr's.  B (pretty good pizza but not my favorite)
8. Blind Barber A (love the speakeasy/behind an actual barbershop thing & the grilled cheeses are amazing!)

4. Visit the LACMA.
Yes! We did! We also got to see the Stanley Kubrick exhibit and it was my favorite! See photos from that day here.

6. Go on a date with Jim to the Griffith Observatory.
It was so fun! It was my second time there and Jim's first. We did have to park a long ways down the hill and it was murder on my foot, but we had fun and Jim read all the plaques (as always!)

7. Re-start 'The Jemima Project'.
Ha! I don't know if I'll ever complete this goal...I want to, but it's always so far down on my list and that part of my life my just be over...sad. I still have that cosplay channel on YouTube that I'm not sure what to do with, but we'll see. (I'm putting my CATS costuming supplies on watch, if I don't use them in the next year, I'm going to sell them...)

8. Sell something in my Etsy store or another online selling platform.
I did it! I made my first Etsy sale! I wrote about it here.

11. Finish the first book in my 'The London Jellicles' series.
Yeahhhhh no. Uggg. I love CATS, it was my first fandom. I'll always see it when it's in town and never stop loving it...but I just don't know if I'll ever finish that story.

12. Read 25 books, 10 new to me.
I stopped this goal. I love reading for pleasure but with the pressure to do it super fast and not at my own pace. (I read in my head the speed I would read out loud and apparently that's slow?) I did read a ton and enjoyed every moment. Oh how I love books!


I'll be posting my 2014 goals later this week. Thanks for reading!
J.
Stay updated with MagicCatJenny on Bloglovin