Music: Wilco and Joanna Newsom at the Hollywood Bowl 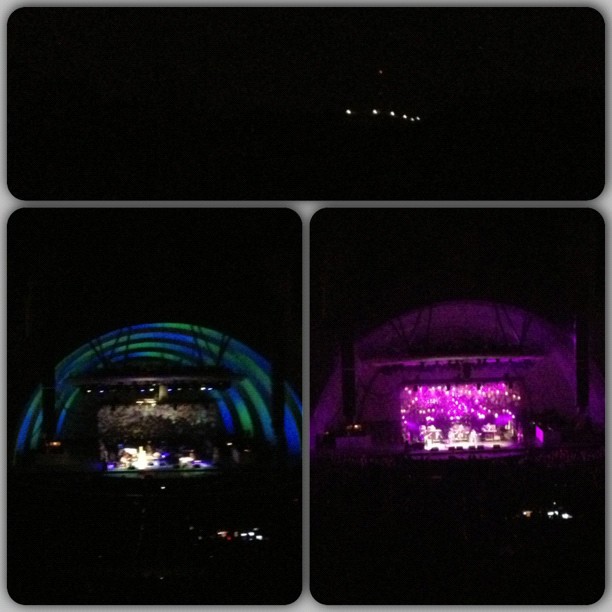 Last night my boyfriend Jim and I saw Joanna Newsom and Wilco live at the Hollywood Bowl.  It was such an amazing experience I have to make a short blog post about it.  I've never seen Joanna Newsom live before and she is truly awe-inspiring.  We took the train and then walked from Hollywood and Highland so we were a bit late getting there.  We could hear her from the crowded walk to our seats.  Beautiful and enchanting.  Jim and I had brought wine, cheese, croissants, and salami to picnic with for the evening.  Wilco started and we were so glad we were there, they played songs off of almost all of their albums.  They played Jim's favorites and my favorites and more.  (My favorites being 'Shot in the Arm' and 'Heavy Metal Drummer')  We had seen Wilco together years ago in San Diego, however we were not together at the time and it was an awkward time for us.  I had no idea then that I would be seeing Wilco play years latter with Jim again and the experience would be almost opposite.  Seeing live music has always been one of my favorite things in the world, but doing that with someone I love; words can not describe.

About the photo:  Yes this was taken with my phone and is nearly pointless since you can not see the performers at all.  It's still a perspective from my night and an interesting capture. Joanna Newsom on the left, Wilco on the right.  The top is the lights that mark where the Hollywood sign is.  Not the greatest photos, but I like that I have them.